Girard was appointed to the board on May 3 by the Federal Bridge Corp. Ltd. (FBCL), the governmental owner of the Canadian bridge assets, for a three-year term. The SSMBA board consists of eight members, four Michigan members appointed by Gov. Snyder and four Canadian members appointed by the FBCL, located in Ottawa, Ontario.
“As chair, I am pleased to welcome André to the Board of the Sault Ste. Marie Bridge Authority,” said SSMBA Chairwoman Micheline Dubé. “I believe that his diverse experience will further enhance the excellent working relationship we have developed with MDOT over the years.”
Girard has been in charge of communications for FBCL since May 2000. With nearly 40 years of experience in communications, André has worked with a number of high-profile organizations, including the Royal Canadian Mint, the Canada Mortgage and Housing Corp., management of the press room for the Public Enquiry on the Deployment of Canadian Forces in Somalia, and the Office of the Superintendent of Financial Institutions. He has also worked as a soundman in the film business, was editor-in-chief of an Inuit magazine in Kuujjuaq in northern Québec, and has been an active participant in public consultations on behalf of engineering firms, Hydro-Québec and native communities in northern Quebec.
“I am honored and delighted to have the opportunity to serve as an active participant of the board,” Girard said. “I’m committed to assisting the board achieve its mandate and contribute to the successful operation of the Sault Ste. Marie International Bridge.”
Girard assumes the board position left vacant by Glenn Hewus of Ottawa, Ontario, who retired from FBCL in 2016. With the new appointment, the board is now at its full complement.
For more information on the International Bridge, please visit www.saultbridge.com or follow us on Twitter at www.twitter.com/saultbridge. 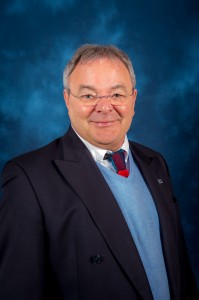